How To Replace Rollers, Sprockets, and Idlers On Your Undercarriage

Removing an undercarriage can take a long time, and it should be done systematically with the correct tools. There are variations on removing undercarriages depending on the manufacturer, model and type of undercarriage. This blog will guide people who have no special training or tools on how to remove rollers, idlers and sprockets.

In order to remove these components, the tracks must first be removed. Here are the basic tools you will need to complete the work:

Remove guards from around the rollers by removing the bolts that secure them to the undercarriage. Remove the rollers in the same way.

Then use an impact gun/breaker bar to remove the bolts keeping the idler in place. Then pull the idler forward, wiggling as necessary.

Then you need to jack up the dozer. Just backing up the dozer onto some blocks will suffice. Line up the blocks under the roller directly in front of the sprocket. Also, make sure the bolts that were inaccessible before are accessible now. Then put the dozer blade down so that it lifts the front part of the tracks off the ground.

Fasten one side of a come along to the track adjuster pinion (near the front roller) and attach the other side to the track chain at the sprocket.

Then you need to raise the track off the sprocket. You can use one of a variety of devices to achieve this. You can use chains or a come along to fasten it to upper parts of the dozer to achieve lift or use a lifting device.

Remove all the bolts from the sprocket. The bolts on the upper part of the sprocket will need an impact gun or breaker bar while the sprockets on the lower part should be able to be hand turned.

Caution: when removing the last bolt, the sprocket may pop off. Alternatively, if the sprocket is not easily removed by hand, hit it a few times with a hammer to loosen it.

We specialize in undercarriage and complete components for excavators, dozers, crawler loaders, and wheel loaders. 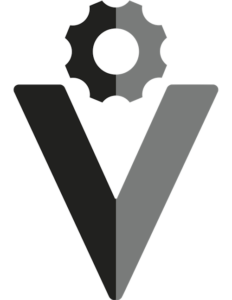 We specialize in undercarriage and complete components for excavators, dozers, crawler loaders, and wheel loaders.